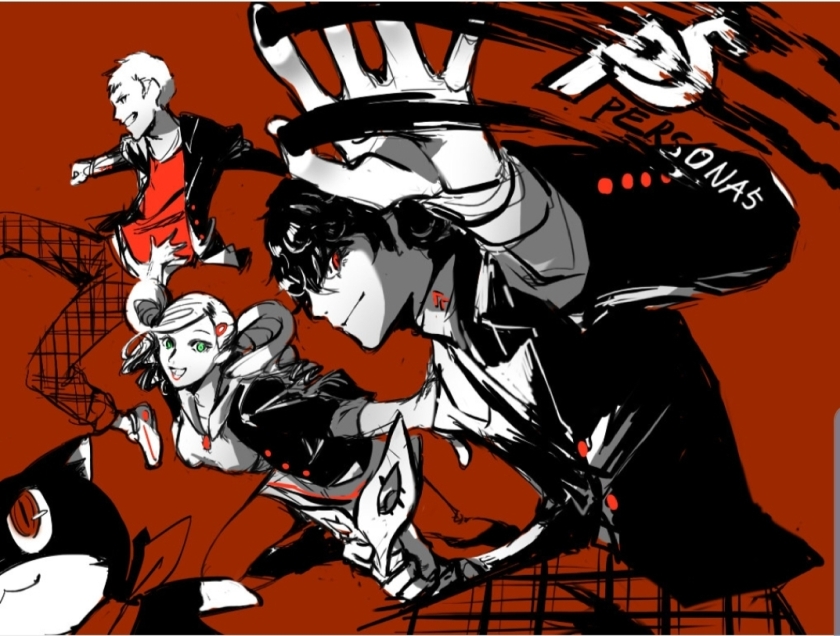 I had never actually heard of the Persona series until a friend mentioned it shortly before the game released. After a small amount of digging around on the internet, I quickly decided this would be a game to add to my collection. It was definitely the right choice!

This is certainly one of the most unique, story-driven RPGs I have ever played. The story was simply phenomenal, I could barely put this game down as I was so desperate to see what was going to happen next. It takes a long time to get through, but I feel that there is more than enough variety in the activities and options that are available to you to stop you from losing interest.

The game almost plays like it’s actually a Japanese anime, and this is reinforced by the story cutscenes which actually are in the format of an anime.

I find the battle system very interesting, the standard expectations for a turn-by-turn system are in place, but the Persona system is what I enjoy the most – a feature which could be compared to Pokémon. The main bulk of enemies you fight will be Personas which you can in fact collect. There is a large variety of Personas that are available to the main character, and I particularly enjoyed the mythical theme around each of them – you will spot many legendary creatures, and even Gods. They all have their own strengths and weaknesses for you to discover, so most of them can be useful in some way.

A large part of the game is forming bonds with your teammates and other potential allies, and as your bonds deepen, various benefits will be given to you. This could be some form of service in the world, or it could be a maneuver/tactic in battle. It definitely pays to try to deepen your bonds as much as possible.

The soundtrack to this game is like nothing I have heard before – a unique sound without a doubt! Catchy tunes can be found just about wherever you go, in particular the standard battle music – I have found myself pulling tracks up on YouTube to listen to!

I think the social commentary in play here is particularly interesting, the story tackles an array of issues, mainly regarding “higher up” figures, and really makes you think about people’s perception of others, deep-running corruption, the reaction of the public to the media, and I can’t think of another game that so effectively makes you think about such modern day issues.

There are so many more things I could talk about, but I wouldn’t want to give too much away for anyone who might not have played the game yet! I would definitely give Persona 5 my full recommendation, easily something that you can sink hours and hours into!

A guy who loves games more than he should, and decided that writing about them might be a good idea. View All Posts