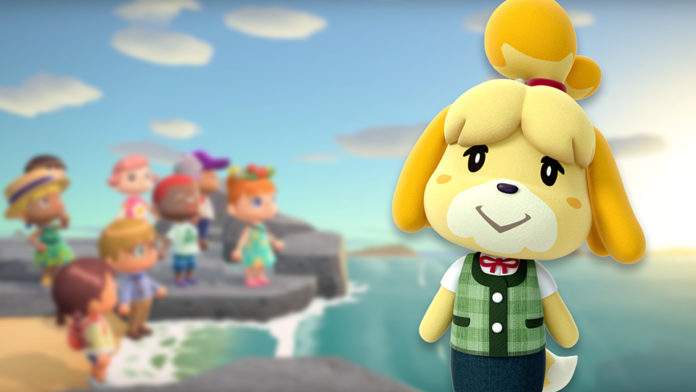 Oh how I love Animal Crossing! This is a franchise that I stumbled across on the Gamecube, and I am so happy to say that it has only got better and better as each new game has come out! As fans of the series find themselves counting down to the release of the next title, New Horizons, I thought I should take the time to talk about my favourite game in the series so far: Animal Crossing: New Leaf.

For those of you unfamiliar with the Animal Crossing franchise, the games act as a sort of life simulation game. You are a human moving into a new town, which you will quickly notice is populated by sentient animals! There are 100s of different villages in Animal Crossing, but you can only have a small number of villagers at once. Some do decide to move away, leaving room for a new character to make an appearance!

There are many activities to keep you occupied in the games, such as fishing, bug catching, fossil collecting, donating exhibits to the museum to expand their collection, earning money to pay off your mortgage and expand your house, befriending your neighbour, and even connecting with friends and visiting their towns, or having them visit you! The game follows real time and has a full calendar year with all manner of events for you to take part in. No other game can claim to show off such a great spirit of community!

New Leaf challenged the conventions of the series by saying goodbye to Tortimer, the long-time mayor across the series, and instead you end up becoming mayor! As such, you will have a lot more control over what your town looks like, through the use of Public Works Projects. You will have a list of available projects, and these can range from something as small as a lamppost to something as big as a café!

Are you thinking that the burden of being mayor sounds like too much? Well don’t you worry about that! New Leaf introduced one of the nicest, sweetest characters in the world of video games – Isabelle! This adorable pooch will be your assistant, and she takes care of running special events in the town, helping you figure out where to put your Public Works Projects, and just generally being a lovely character to interact with!

Another thing that I really love about the franchise is how self-referential Nintendo is. There are so many different wallpapers, floors, furniture pieces, and clothing options that are a reference to other Nintendo games and characters! Even some of the villagers themselves are references! Keep an eye on Ganon the pig …

This game has been put into the Nintendo Selects line, which means that it’s standard retail price is £14.99, but I have seen it even cheaper than that in some places. This is a game I can’t recommend enough if you’re just looking for some casual fun, especially at such an incredible price! (It could also be a Christmas/birthday idea for any younger gamers in the family, as it is very easy to understand!)

Follow Hobbits Of Hyrule on WordPress.com
Join 219 other subscribers.